The week of previews in Tuscany often offers moments of discovery and tasting, with events widespread in particular in the city of Florence, including the one dedicated to Calappiano di Vinci farm, in the Montalbano territory. The evening took place in the restaurant Guné of San Frediano, welcoming place where the lightness and atmosphere reminiscent of the Mediterranean islands prevails, and Lucania and Tuscany meet in the kitchen.

The tasting opens with a Bouche amouse in combination with Chianti Vinciano 2018, 80% Sangiovese, 20% other vines such as Canaiolo, Malvasia, Colorino, and which only makes steel. A clean and easy-to-drink wine despite the 14,5 °, beautiful color, intense ruby ​​red with purple reflections, leaves the mouth dry and clean. Sapidity and freshness prevail.

Followed, as an appetizer, a foam of ribollita with crunchy Lucana "pezzente" sausage, rosemary oil and salty crumble, in combination with Vinciano Riserva 2015, 80% Sangiovese, 20% other vines such as Canaiolo, Malvasia, Colorino. Tonneaux for 12/14 months and then 12 months in the bottle.

Built around 1500 on commission of the Grand Duke Francesco I de 'Medici, the Fattoria di Calappiano was one of the first examples of a Tuscan farm with wine production. The buildings are located in the Montalbano production area, between the provinces of Florence, Prato and Pistoia in an area enhanced by a continental climate mitigated by the influences of the Mediterranean. Here he was born Leonardo Da Vinci who walked on these hills, recounting, in the Leicester Codex, of this territory rich in shells, which he called "Nichi”, This is due to the sometimes whirling passage of the Arno.

The two good and competent girls who take care of the table service serve us as a first course a spaghetti with duck steak and foie gras with dried tomatoes. In combination with the Lungarno igt Tuscany 2016, 60% Cabernet Sauvignon, 10% Merlot, Colorino, dfa 12-14 months in barrique and 12 months in bottle.

This is followed by a two-cooked cockerel, breast with bardiccio (typical Rufina sausage) and leg with pear, canestrato and leeks with ash potatoes, paired with  Collegonzi Igt Toscana 2015, 100% Sangiovese. 12-14 months in large barrels and 12 months in bottle. A wine of character and elegance, fresh and open with beautiful floral notes and fine spacing. Elegant but discreet, by far the best wine of the evening.

The name of this wine and its label, so particular, have ancient origins, it is said that in ancient times there was a bank that lent money to those who wanted to invest in the territory and in the handicraft of the area, thanks to which agricultural businesses were financed that brought the territory to excel for the cultivation of vines and olive trees. The decoration on the label tells us about a casket that, with the key of the  Collegonzi, is opened to give money to those who want to bring wealth by investing in the territory.

The bottle Collegonzi of which I have been kindly honored, will be the pleasant companion of an upcoming evening at the table with friends who know how to drink well.

redundancy editorial staff - August 8 2022
A double appointment, that of 11 and 18 August in Castello di Montepò, in the territory of Scansano, in Maremma. After the success of 2021, once again this year, the Biondi Santi family will host the 'Calici al Tramonto' event by opening the doors of their estate to the public of wine lovers, in a context rich in legendary history and contemporary charm.

Gustus: the Wines and Flavors of Vicenza are back

Hit: the vineyards are fine, but new reservoirs are needed

Milko Chilleri - July 28 2022
The President of the Confagricoltura Vitivinicola Federation Francesco Colpizzi emphasizes the need for structural interventions in the Tuscan countryside, such as the construction of new reservoirs.

Milko Chilleri - July 21 2022
The world of wine accessories is constantly evolving, together with Tommaso Bisori, a professional in the sector, we went to learn about the latest news dedicated to winelovers and professionals. 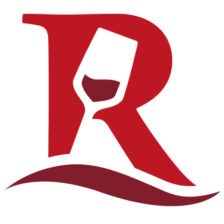 Vino al Vino, from Panzano the Black Rooster starts again at the crest ...

Guicciardini Strozzi, “Vernaccia is a woman who knows what ...

Hit: the vineyards are fine, but new reservoirs are needed