Home LIFE IN TUSCANY Chianti Classico again on the podium of Wine's Top 100 ... 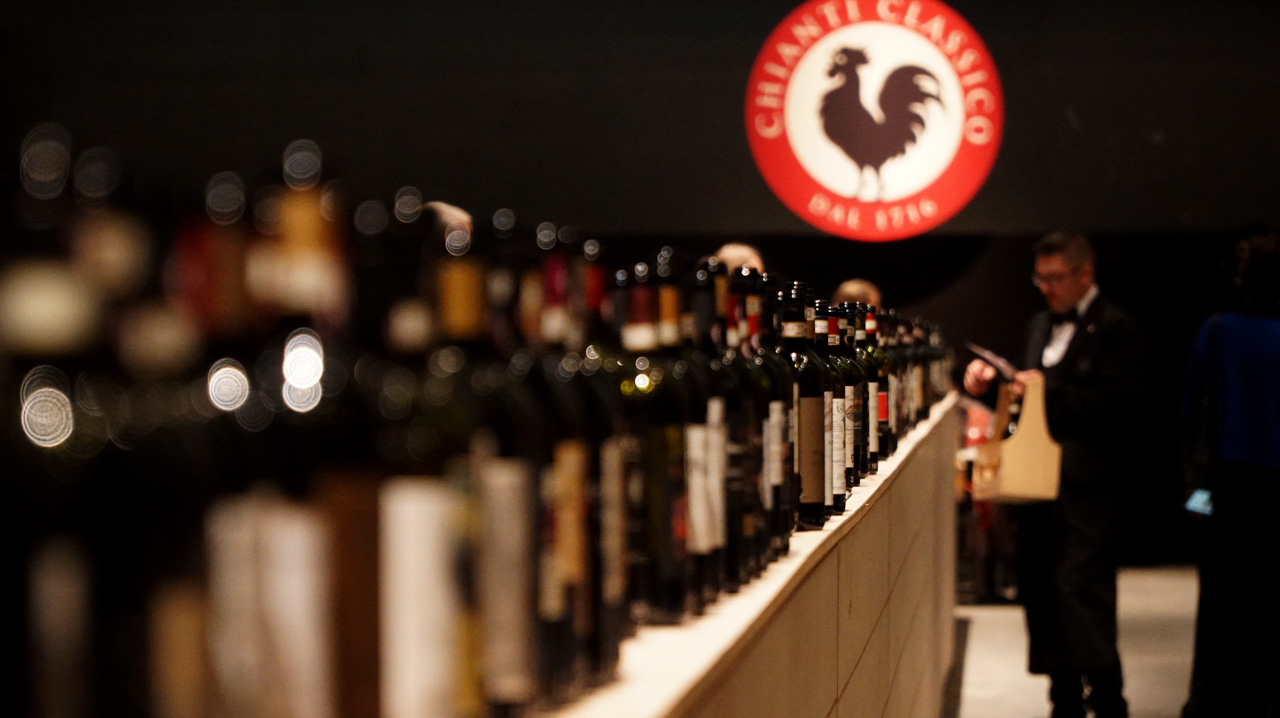 It is a Chianti Classico 2016 to be crowned with laurel by Wine Spectator, in third place of the Top 100, the annual ranking of the best wines in the world written by one of the most important editorial offices overseas. For the denomination is a to: already last year the Chianti Classico Riserva 2015 of Castello di Volpaia had achieved the same result. This time the Chianti Classico of the Fattoria San Giusto at Rentennano was awarded, the happy and symbolic 2016 thousandth: the three hundredth harvest from that 24 September 1716 in which Cosimo III de 'Medici delimited with farsightedness the production area of ​​today's Chianti Classico DOCG .

This by Wine Spectator is a recognition that comes at the end of a year full of successes for the Black Rooster, recognized by Italian and international critics as one of the best wines of the Bel Paese, and able to pleasantly surprise those who will have the patience to wait for the evolution in the bottle in the coming years.

The Gambero Rosso Guide which attributes the Tre Bicchieri areas, as the maximum score, has awarded 24 Chianti Classico, a record in the history of the denomination, but also a record in the regional sphere: the Black Rooster clearly distinguishes its Tuscan colleagues and comes second national level in the 2020 edition, behind only Barolo which sees only one more label awarded.

On the Gazzetta dello Sport columns the ranking of the Best Italian Wine Awards awards a Grand Selection of Castellina in Chianti, 2014 vintage, demonstrating that even in less fortunate years, the producers of the Black Rooster have consistently maintained their commitment to the quality.

More than a third of the crowns of the Touring Club Guide "Vinibuoni d'Italia", specializing in native vines, go to Chianti Classico (16 labels on 45 awarded in Tuscany), highlighting the strong identity of Chianti Classico true to its roots. Daniele Cernilli, aka Doctor Wine, signs the Guide Essential Guide to Italian Wines, including Baron Ricasoli as company of the year and many Chianti Classico among the 98 and 95 points. Ten Chianti Classico producing companies awarded with Slow Wine Snail, on 32 in Tuscany.

Even abroad, the 2016 vintage of Chianti Classico has unanimously convinced critics, who reward it as a vintage of great elegance and harmony, indeed, it is even defined as a point of reference with which to measure itself in the future (A modern day benchmark, Antonio Galloni).

Although the highest scores (equal to or higher than the 95 points) are mostly attributed to the Gran Selezione wines, there are also Riserva or vintage wines on top of the rankings of Antonio Galloni of Vinous.com (10 labels with scores equal to or greater than the 95 points), Monica Larner of Wine Advocate (31 labels), James Suckling (31 labels) and Bruce Sanderson of Wine Spectator (11 labels). As is customary in American magazines, the best time to taste it is indicated for each label - and Chianti Classico is unanimously recognized as a wine capable of long aging.

The Chianti Classico can therefore be said to be the most awarded denomination of the Tuscan landscape, with an even richer international medal collection.

2019 vintage. It looks like a classic vintage. The spring rains have allowed the creation of important water reserves, suitable for facing a moderately hot summer and characterized by reduced rainfall. The climate on average more rigid and humid in the first half of the year has slightly delayed the vegetative cycle of the vine compared to the last years, with a cadence of the times that recalls the great vintages of the 80 years. A hot but regular summer with no particular heat peaks or abundant rainfall was followed by a September characterized by good weather and large temperature ranges, which allowed the perfect phenolic ripening of the grapes. In the cellar perfectly healthy grapes were brought and in terms of quantity produced it was in line with the 2018. Although it is still early for the final judgments, everything makes us hope for another "stellar" vintage for the Chianti Classico Gallo Nero

San Gimignano, stars and Vernaccia for the night of San Lorenzo

"Spighe Verdi", Tuscany and Marche the most sustainable in Italy

Tuscany, 6 million to improve the competitiveness of wineries

Regina Schrecker, her headscarf for the "Heroes of Covid-19" [VIDEO]

San Gimignano, stars and Vernaccia for the night of San Lorenzo

"Antica Fiera di Signa", a rich program of events on the calendar

Do you like RossoRubino.tv? We are looking for enterprising people, eager to demonstrate their creative abilities in drafting content (texts / videos) in Florence and Chianti. Send your presentation to redazione@rossorubino.tv

Bagno a Ripoli, a weekend dedicated to ancient grains

Alissa Zavanella - May 21, 2019
At the Monna Giovannella farm, at the Antella, it will be possible to enjoy a menu based on appetizers and pizzas all prepared with fine stone-worked flours
%d Bloggers have clicked Likes for this:

By using the site, you accept the use of cookies by us. more information